Trick or Treat it’s me again….

I’m just going to warn you that there will be a few “Halloween” movies on this list. You can’t really have a mega horror slumber party Halloween themed list without the Halloween franchise. Whether it’s Michael Myers or killer robots to Jamie Lee Curtis or Danielle Harris (she’s racist!) they are integral to enjoying this Halloween season. They are THE one horror franchise that are associated with the holiday of Halloween.

The grocery list for watching any Halloween movie is long — you have to come well prepared. I suggest candy corn and pumpkin cheesecake, not at the same time of course. 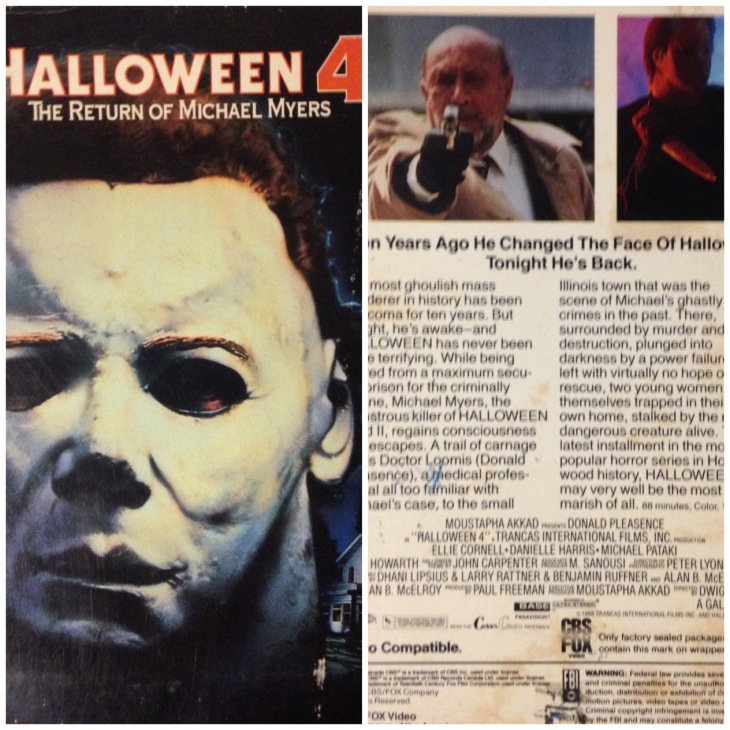 You know it was a close call between this one and the following sequel Halloween 5 (no weird subtitle) of which one would join the list. Halloween 5 actually has one magnificient car chase scene in the deserted fields. HOWEVER, Halloween 4 has that shocking twist ending where Jamie Lloyd has just killed her own adoptive mother. Oops spoilers.  The fourth entry in the franchise is an upgraded modern 80s version of the other two Michael Myer’s themed movies with it’s own twist and turns and new influences. Movies change over time and you can see it when you watch the first two Halloween movies and then this one.  Different camera perspectives, modern takes on the old gags and definitely a body count increase.  Halloween 4 along with other top horror franchise sequels (F13 and ANOES) was involved in the 80s horror sequel craze and creates the multi layered foundation of horror rules which would later be commented on by the movie Scream.  One thing I enjoy about this film is the flipped notion of who needs protecting. In the first two films the babysitters are the ones first on the savage kill list, however, that’s  changed in part 4 as Jamie Llyod — just a child — is the object of Michael’s bloodlust. Michael has also become super human — super!

See you tomorrow for night 11.