I guess you didn’t get enough of shopping.

Because you came back for the best god damn super market movie of your life.  That’s right. In our countdown to Halloween we’ve included the late night supermarket slasher INTRUDER.

As all of us know there are countless options in a supermarket for food. So, your pal here suggests anything that you like. Maybe some cereal minus the razor blades. 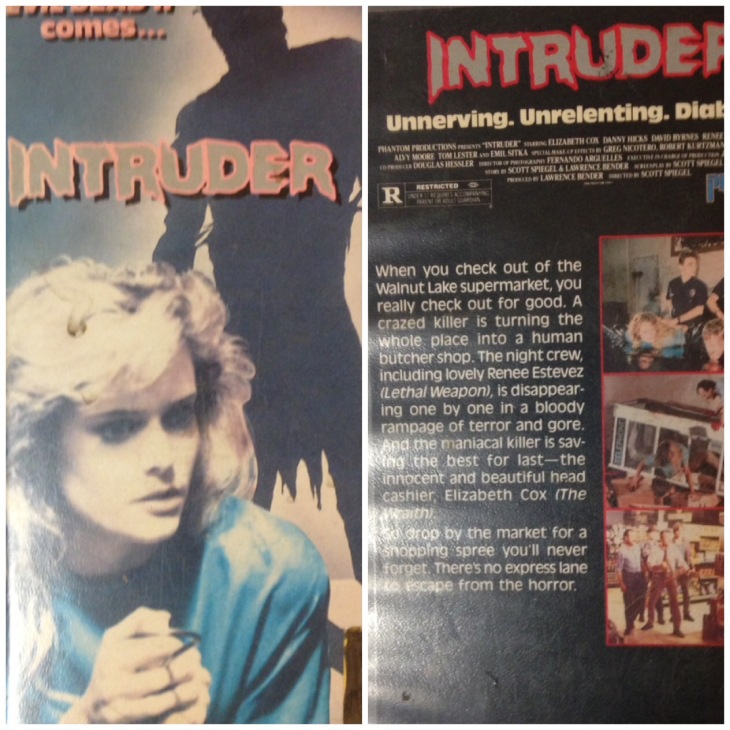 Intruder is again one of those great late night 80s slumber party dream movies. It probably gets grouped into those slasher films that use their settings as a crutch — and it does. The story takes place entirely in a super market! The film has cool death scenes with an entertaining flow. It can also be grouped into the faction of slashers that never had a sequel and thus it can remain in it’s own world of horror. A great pick for any halloween stormy night — don’t forget the bread, or you might be dead! *Just practicing my own silly gimmick lines*