Just as you were wondering if I have a thing for Stephen King you start to realize my infatuation with horror master Tobe Hooper.  He’s often regarded as the one who lost his touch as his newer films are not as perfect as his previous resume entries. I’m not one of those bitter fans waiting for another rehash of The Texas Chainsaw Massacre, which is where are a lot of complaints. The original TCM is a phenomena in horror and any director who unshelled that masterpiece (like Hooper did) would have his future works eternally judged and compared. Nothing can live up to the original TCM — but Tobe Hooper has sprinkles of his essence in every film he does and that’s why he’s one of my favorite horror directors.

So. Enjoy your cotton candy for this special entry in the Halloween mega list. The Funhouse. *cackles* 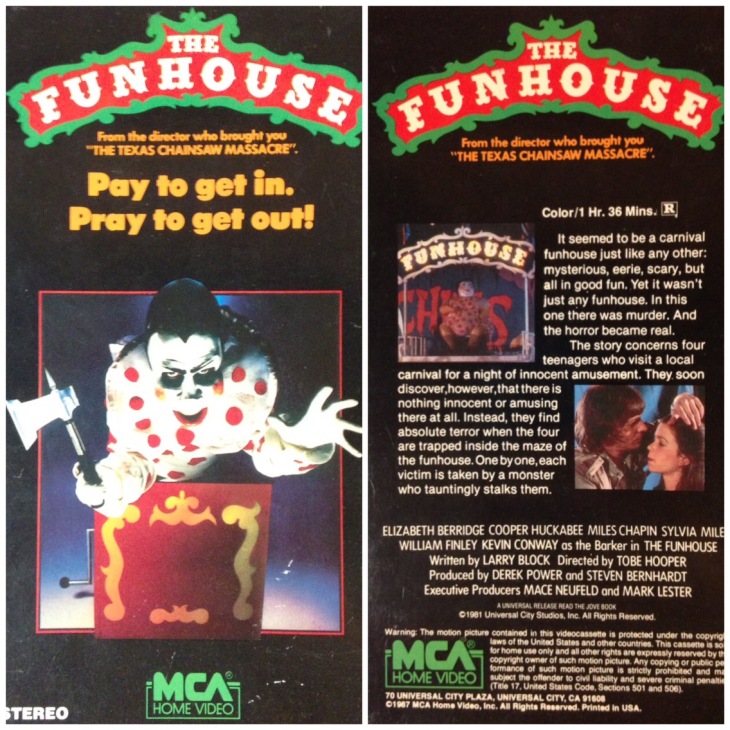 The Funhouse is one of those movies that has creep value from start to finish. It also contains one of the most underrated monsters in slasher horror history — just simply known as The Monster.  I enjoy it for it’s colorful teenage exploration of the vibrant visiting carnival and for it’s surreal horror when they enter the Fun House. It does feel like anything could happen to the four who enter the funhouse, and we mean anything!