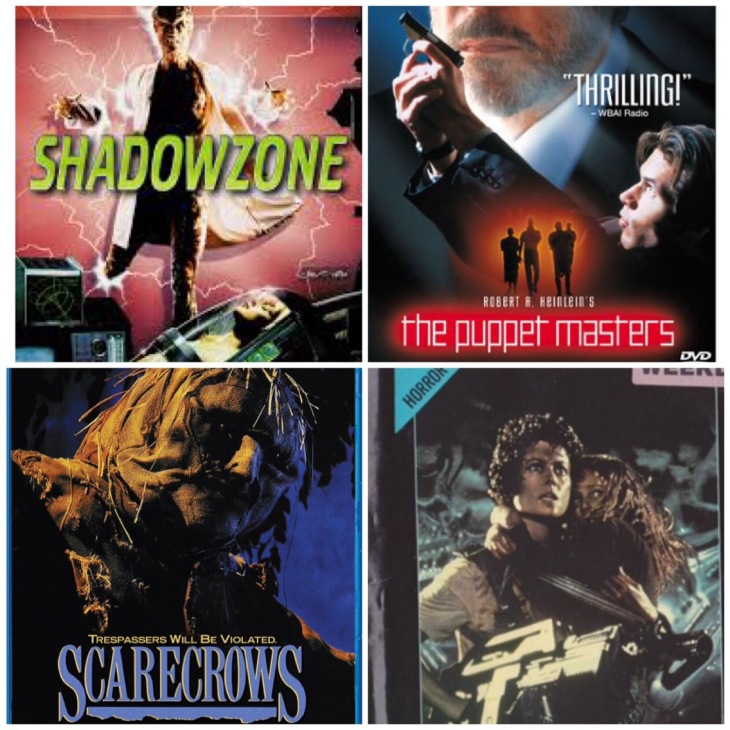 I was clearly in a must-see violent parasitic alien invasion mood. These four scfi horror films will rightfully make you paranoid for the safety of your body.  Aliens want our flesh, its hot, its supernatural it will likely explode out of your chest. Scfi Horror films are some of my favorite late night food binge guilty pleasures. Enjoy.

If you have any doubt about this sleepy alien ripoff from the 90’s just simply watch the theatrical trailer. It makes my blood tingle with excitement. The film has a dirt charm that can’t be forgotten.

I slated this movie for years because of the title — how can you name a movie after one of the greatest doll horror movies ever? But dear god  it is actually brilliant! Watch your back. Literally. That’s where they take parasitic control.

This has to be one of my favorite late night movies to marathon. One of my favorite plot devices is to switch up the genre mid movie. It starts off with criminals and segues into KILLER SCARECROWS. Gotta love that.

There’s gotta be a sub fetish where people enjoy things that pop out of your chest. Just a rando thought.