My recent VHS horror acquisitions landed in the realm of the coverless. Heartbreak. At least it’s not the other way around! When collecting tapes, one of the biggest stomach turners is when the tape and the cover are separated. In some cosmic fate the two are divided. Lost. To go on a journey of misery garbage venture without their nostalgic companion! Boo. But, one must get over the loss. Unless the bottoms are taped it might be easy to separate. Sounds nasty. Take a look at these recent horror gems found on tape without their respected shelters.

SORORITY GIRLS AND THE CREATURE FROM HELL (1990) 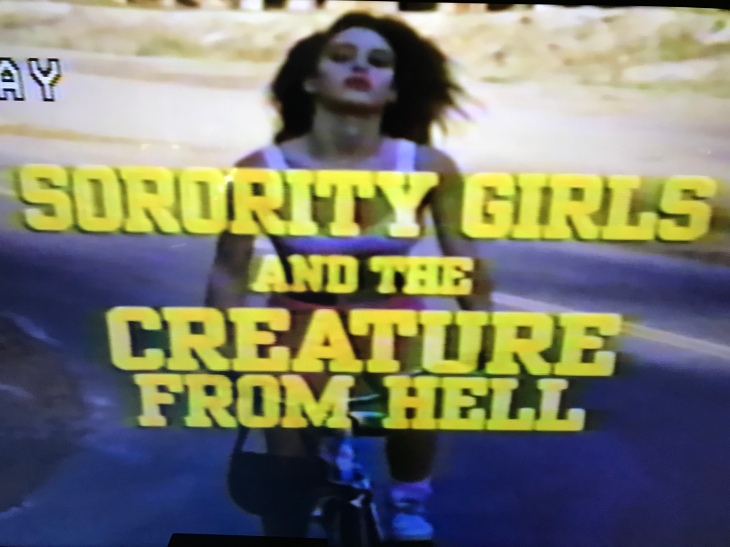 It gets a horrible rating on IMDB but who really listens to ratings? I like to form my own opinions, thanks. This movie…which appears on EBAY at over $100 dollars at times….is that special kind of late night garbage that just lingers around the apartment. Fully inhale that dusty aroma. It might be bad acting, it might be poor “creature” effects. But it is wonderful fun, when intoxicated with giggly friends. I can’t help but laugh at the girls who whine about not being able to party enough, you girls really get me. I love to party! Till I die!

Also known as Nightmare this mental patient murder slasher is more of a serious contender than our last visitor. Graphic thinker slasher from the video nasty era. The movie has been banned in some countries and it salivates that reputation. However, be prepared to constantly turn down the volume because there is a lot of SCREAMING at the start. This guys got mental issues, OK? Lots of fun bloody kills too, one of the best gory scores I have had in a long time. True delight. There is just something so spooky about those early 80’s psycho slashers. 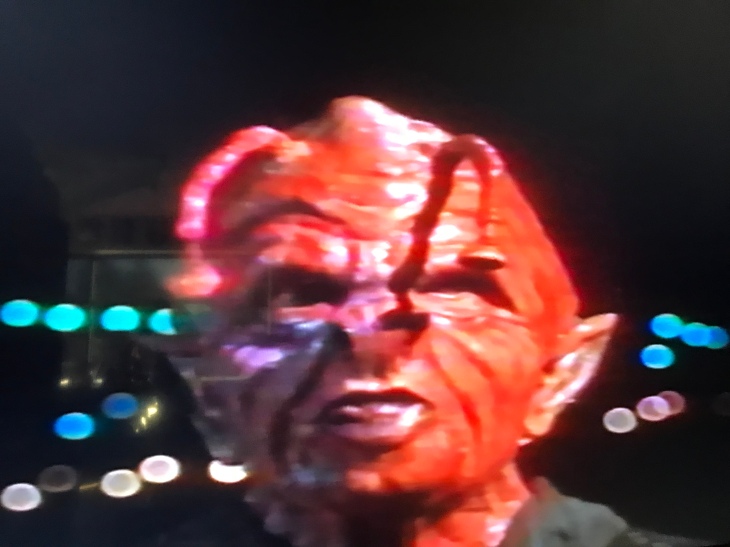 The low low of the low budget world. Vampire Vixens From Venus might be a lost 90’s dream but it masterfully constructs a 50’s resemblance in true cotton candy fashion. It is campy, boozy and obsessively sleazy but has amazing special effects that will make you appreciate the art of independent zero budget filmmaking. 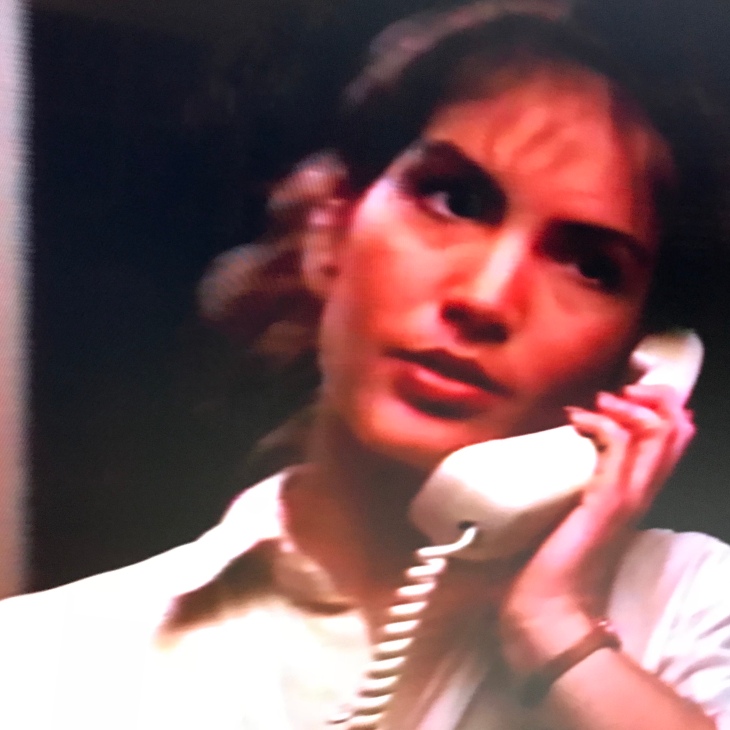 Ah Brinke Stevens. Do I need to say more? She’s the type of 90’s girl that you can get behind. Powerful, strong, independent. Cher Hair. And she is often running a dubious scheme or running away from some oozy gooey shrieker. Exorcist also has Eddie Deezen, who you might know from Critters and Michael Berryman who is often typecast as a deformed individual.

Have you ever noticed you REALLY REALLY enjoy movies from the year you were born??? I love Night of the Demons! An outing in demon trickery and a dabbling in 80s shlock. This film was released in 1988….the year I popped out! This is a horror slumber party splendor positively dripping with blood! Recommended over and over again for it’s playful slasher film antics. One of the most fun watches you will have in video rental land. And god, why are all Angela’s bad?

These five films together create a really unique type of horror slumber party for me. Most are party pleasers rather than squirmers. Blood Splash might make some cringe but with Vixens, Teenage Exorcist and Sorority Girls give the party the necessary giggles. Rounded out with Night of the Demons this party will surely not disappoint. Moreover, they are joined together by their lack of coverage – seriously there is no coverage, as in, boob parades FULLY BLOWN to the skies. I also will add that these films are GREAT to watch around Halloween time bombshells.

These films were found behind stacks of romance novels. I searched through several hundred different black cases. Opening each one with a dose of joyous wonderment. Surprise bitch. Anything could be underneath this black plastic. I spent a good hour going through these anonymous black vessels in hopes of finding some of my favorite ghoul treats only to be greeted by shocker after shocker. I found unexpected gems and gasped each time. I get so excited unearthing forgotten horror gems. There is something so pleasing to rescuing otherwise disregarded trash.

A rule of thumb when collecting VHS: Always check what is in that mystery unmarked box, you never know what you will uncover, save and archive from garbage land.  In a way we are all responsible for keeping these titles alive even if they don’t have those ghastly covers to make us awe and ooh.  Maybe one day I will run into these same titles but just the cardboard. Slumber Party Subtlety : If you have these covers help a sistren and mail em out??????